A SERIES IN THE CROFTVERSE

If Everson Croft sat beside you on the subway, you might notice his disheveled coat and burnt satchel, but you’d have no idea he was New York’s hardest-working mage (or that his cat talked). Never properly trained, he's been learning on the job. Outwitting vampires, wrestling werewolves, banishing powerful demons – all while holding down a teaching gig. But wizarding is in his blood, and he’ll do whatever it takes to protect his dysfunctional city, even if he mashes a few toes along the way. Watch your feet. 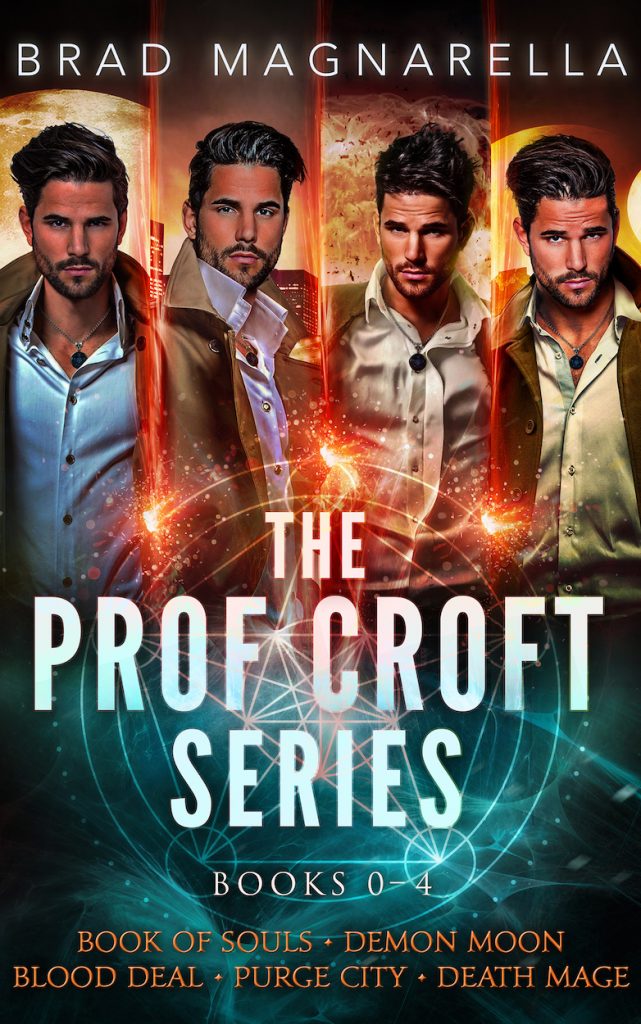 Join scholar and spell-caster Everson Croft in this five-book urban fantasy set, from the discovery of his magic in the prequel novella, Book of Souls, to his battle against a mind-warping evil in the shocking finale, Death Mage

★★★★★ "Kept me glued to every page. An awesome character with an amazing life."

★★★★★ "This series had me hooked after the first novel. Five books in, and it's still got me wanting more." 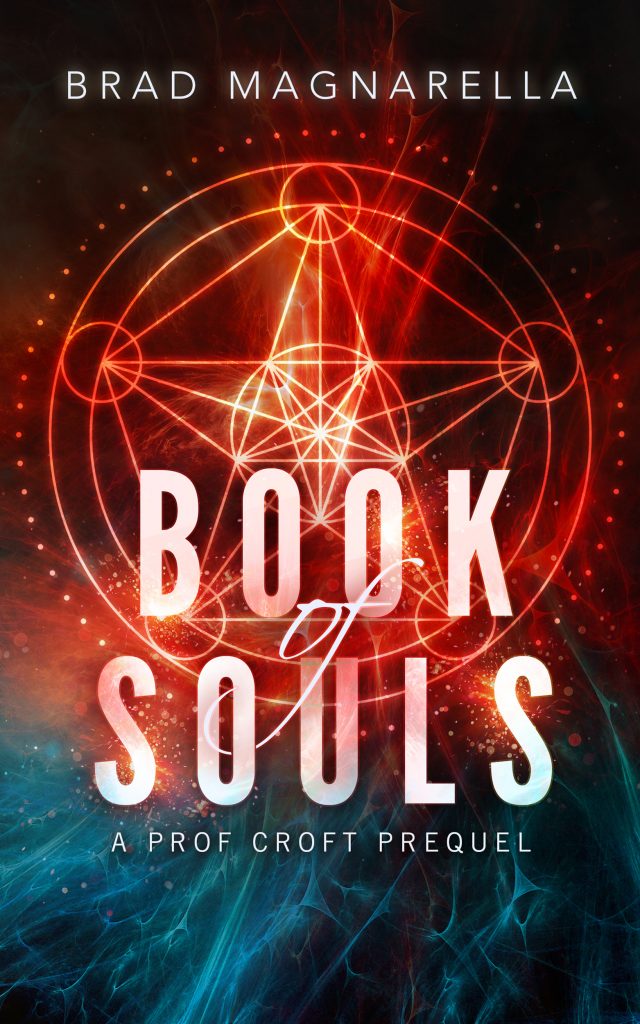 Every wizard's story has a beginning

Let’s go back to the night I turned thirteen, the night Grandpa filleted my finger with his cane sword.

I can’t say what terrified me more, the cold anger in his eyes or the crazy things in his locked study. A talking trunk. Squirming coats. A bookshelf whose titles shifted before my eyes. And one chilling title in particular: Book of Souls.

Ten years later and I’m en route to a Romanian monastery, in search of that lost book. But I’m not the only one. Three others have beaten me to the local village: two researchers and a femme fatale. Can I trust her - or any of them? I don’t know, but we’ve got werewolves on our scent, not to mention an ancient curse hanging over the remote ruins.

Getting there and back is going to require serious cooperation. 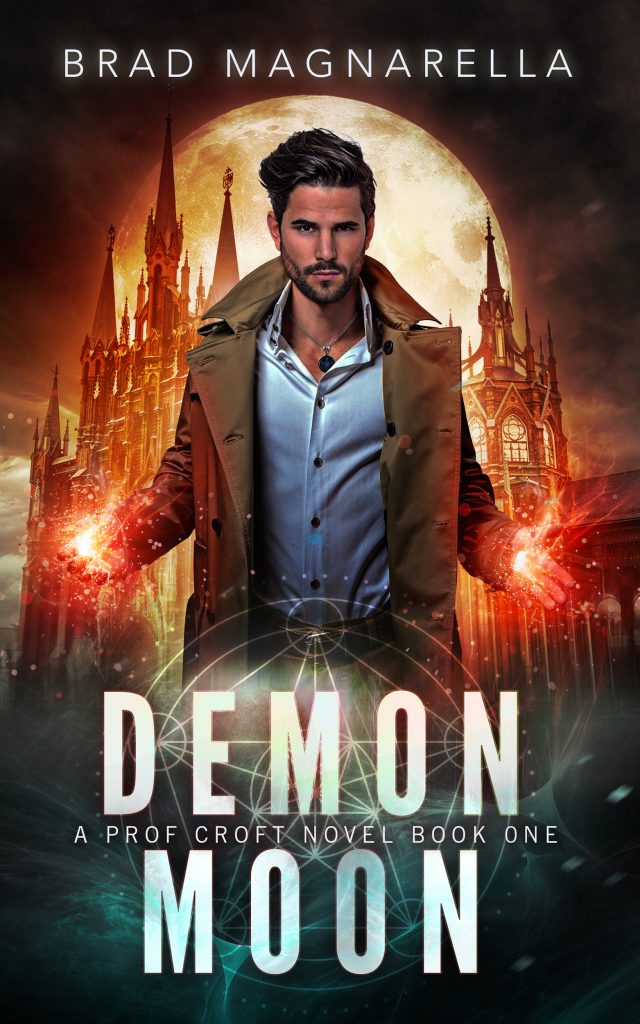 Show me an amateur conjurer, and I’ll stop him before he gets himself killed.

That’s the idea, anyway. But New York City isn’t what it used to be, and I don’t mean the recent crash.

Amateur casters are calling up creatures they shouldn’t be able to. And there’s been a murder at the city’s most hallowed cathedral, a message in blood on the victim’s back the NYPD wants me to interpret, like yesterday.

Something tells me I’m in over my head. And that’s not just Chinatown’s newest mob boss, a scary-powerful vampire, or my possessed cat talking.

No matter how much magic I hurl, worse keeps chasing bad, and I’m amassing enemies like they’re aluminum cans.

Did I mention the end of the world might be nigh? 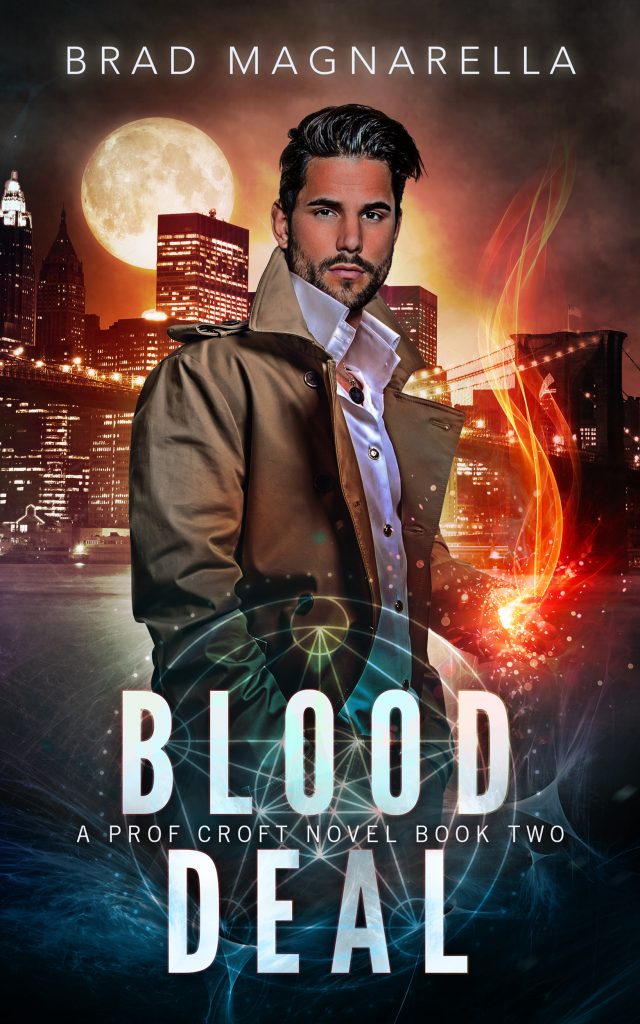 Everson Croft, professor of mythology and nervous as sin

Tonight’s the night I tell Caroline the truth: about my feelings, my magic, everything.

So why am I surprised when Detective Vega calls me to a new case? An elusive creature is chewing up residents in a housing project run by rival gangs. One more mangled body and the place will explode into warfare.

Problem is, someone’s protecting the killer. All signs point to the vampire Arnaud—who’s just upped the stakes. If I don’t send Detective Vega down a trail of bad leads, he’ll snatch her child. But is Arnaud trying to derail the investigation or twist it to his own ends, ones that could reshape the city?

Worse, Caroline has disappeared, and I’m under suspicion. No one believes I last saw her with Angelus, a mysterious hunk and full-blooded faerie. Dangerous no matter how you slice it.

Two cases: one personal, one professional, and both going to hell in a hurry.

Time to wizard up. 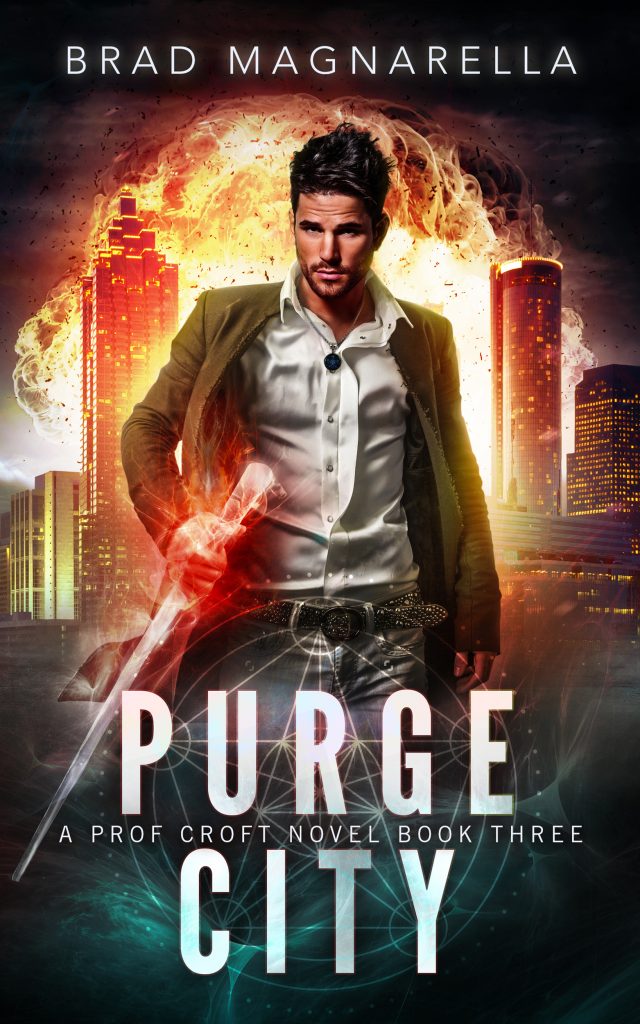 If you can't stand the heat...

When New York City unveils a program to roast supernaturals, I wonder if I should be sweating.

The bloodthirsty Arnaud thinks so, and he’s insisting that our survival depends on a wizard-vampire alliance. Never mind his history of wanting me dead. Or undead.

Meanwhile, the mayor wants me on his team—an offer that’s only slightly less unnerving given our recent clash. So who’s really behind the purge? City Hall? The werewolves? Or is it the brainchild of the fae, whose newest advisor to the mayor slipped from my bed and life four months ago?

I’m getting the cold feeling someone’s trying to manipulate the program, and me, to set off a larger war, one that could explode through the city.

One thing’s for sure. If I don’t get my head straight and my magic on, it’s going to be a hell of a summer. 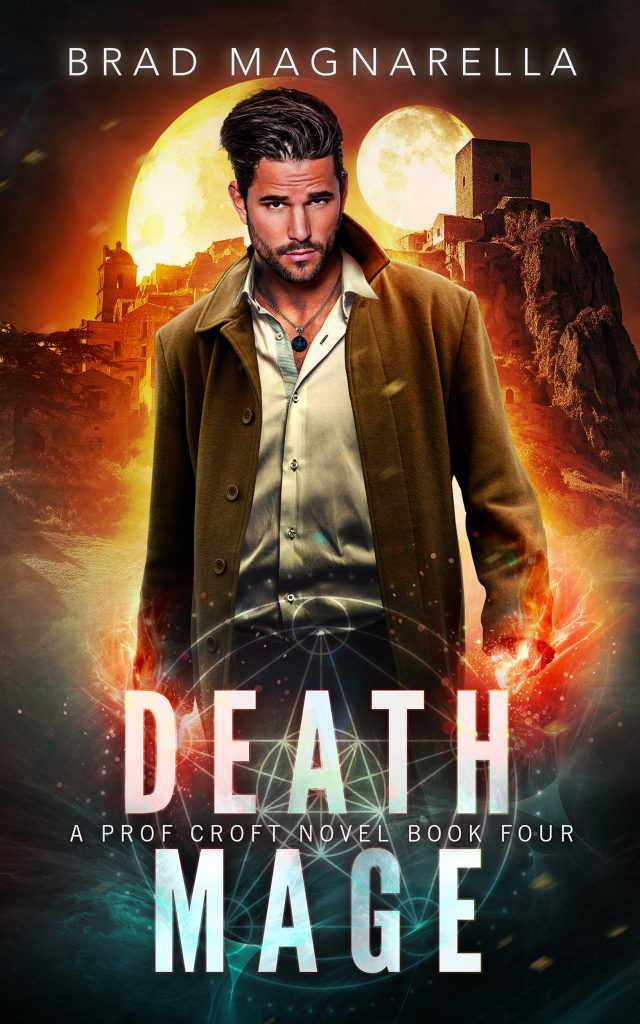 Playing fast and loose with the Order’s rules has finally caught up with me.

Sentenced to hunt down a cagey insurgent known as the Death Mage, I’m not feeling overly optimistic. Wizards with far more experience have tried and, well … died.

But overmatched or not, I want this assignment. The Death Mage killed my mother—he might also be my father.

I can’t lose my head, though. The mage wields an evil, mind-warping magic. A power that undermines his victims’ sanity while pledging their souls to an ancient being and devourer of worlds.

How would I even know if his magic was corrupting me?

Or is it already? 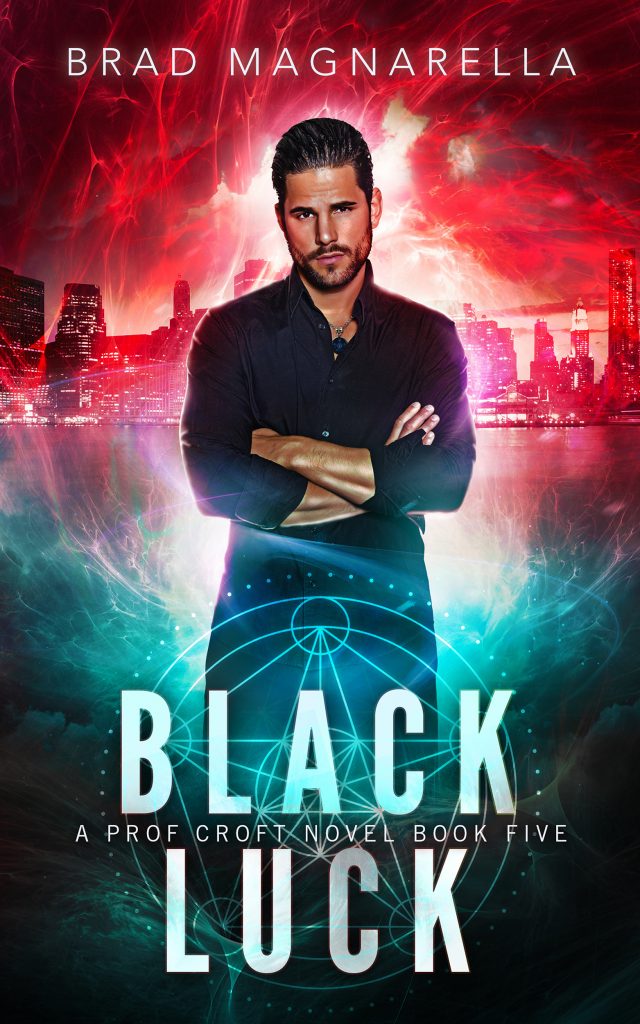 In the year since the Whisperer’s attack, I’ve been busting my hump to become my best wizard, like my father. Now I’m ready for a test.

When a dark mage starts planting infernal bags around New York City, I get my wish. Like time bombs, the bags detonate without warning, spawning demonic beings that rip the souls of innocents from their bodies. And the attacks are accelerating.

Meanwhile, a new wizard has come to town. A recent addition to the Order, Pierce is everything I’m not: refined, self-assured, and adept at magic. He even has Detective Vega blushing. If riling my resentment wasn’t enough, he’s trying to shoulder me out of my own case, stoking my suspicions.

With the race to stop the dark mage growing more desperate by the minute, I need to prove that I’m the wizard to get it done—not Pierce. And without relying on my luck quotient.

That saying about being careful what you wish for?

It’s there for a reason. 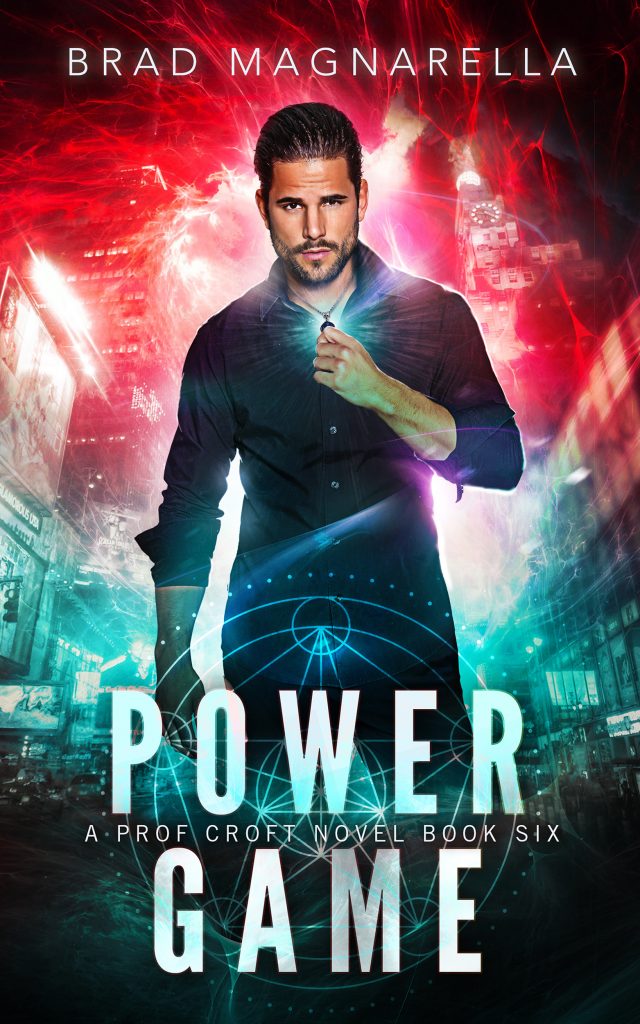 Only I have no idea who Sefu is, much less how to find him or her. And my magic’s not talking.

But with demons on the hunt, and fiendish whispers of my target being some sort of ultimate weapon, failure could spell apocalypse.

One of those demons happens to be an enemy I cast into the pits, a former vampire lord whose twisted mind drips vengeance. Worse, he knows about my relationship with Detective Vega and her son. Meaning I have much more than Sefu to protect.

In the Order’s absence, I’m scraping together what help I can. Let’s just say that with the hunt for my target tracking through a major sci-fi and fantasy convention, my new teammates and I will blend right in.

That is until a shadowy conjurer threatens Epic Con and its thousands of costumed attendees. 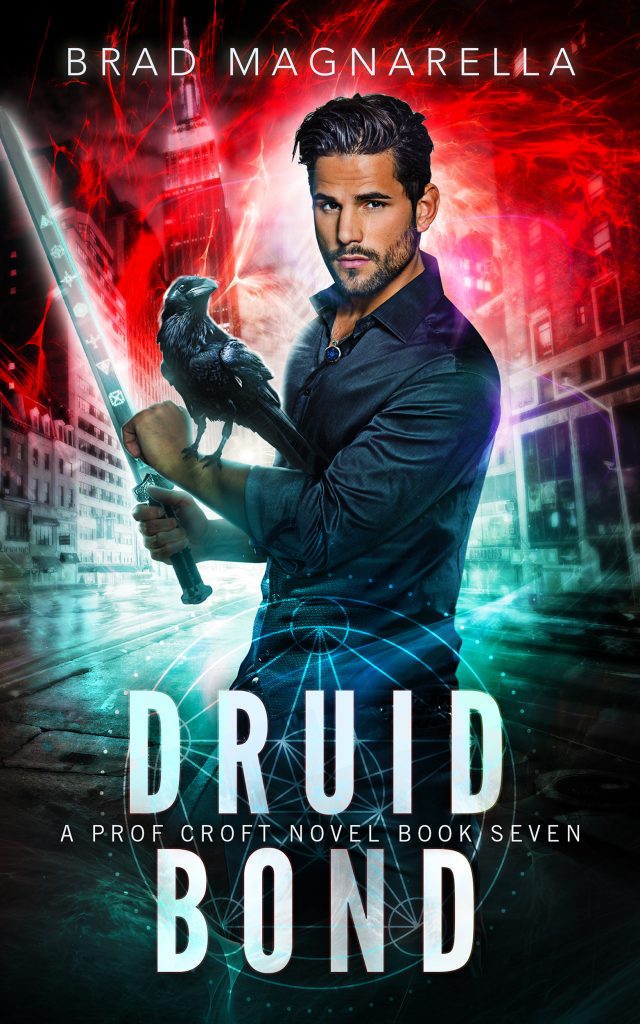 When the deal you need isn't the one you want

To protect Vega and her son from the demon-vampire Arnaud, I’ve secured spots for them in a powerful safehouse. The price? Pledging my services to the Upholders, a group searching for stolen loved ones.

My new teammates are a young minister, a snarky half-fae, a hulking mermaid, and a druid with major control issues. Bonded by said druid’s magic, I couldn’t wriggle out of this deal if I were coated in wizard’s oil.

Now we’re hunting demons in a past version of New York City that’s on the bad side of strange. But I can’t stop thinking about Arnaud. He’s too close to the ones I cherish, and growing more lethal by the hour. He’s also gotten his talons on an enchanted item that could undo their protection.

I need to fulfill my contract to the Upholders and race home. But dangers here are mounting, verging on biblical. If I don’t crank my magic to eleven and become the leader this team needs, I may never see Vega again…

Or hold our future child. 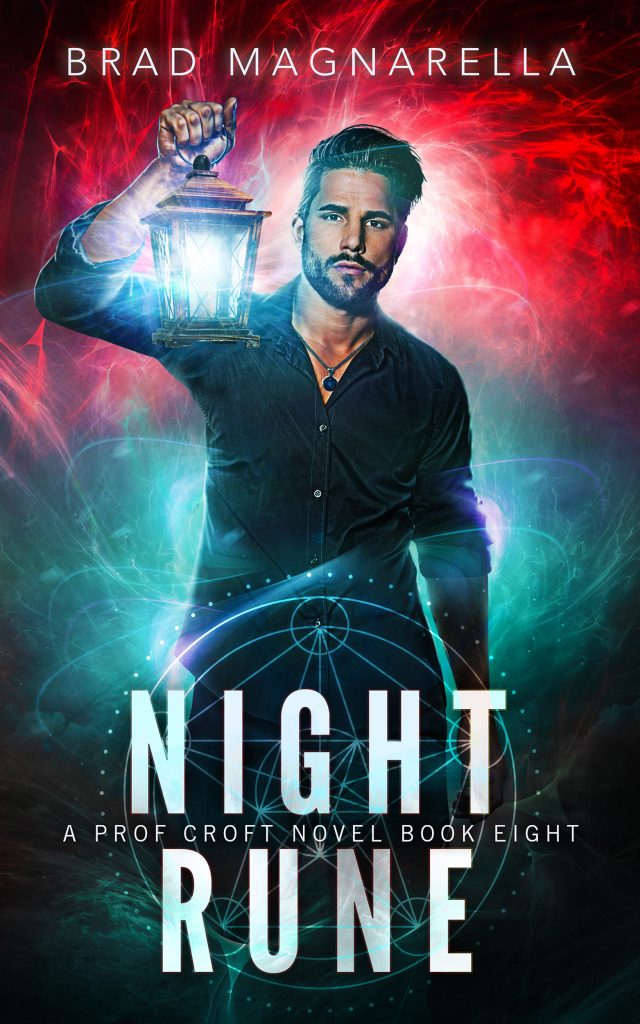 Where to turn when all roads lead to ruin?

Last night I barely escaped 1776 New York City – now I have to go back.

My teammates are trapped in a time catch. Worse, the demon master Malphas is building a gateway there, one that could trigger a full-blown apocalypse.

But returning will require new allies: a crabby goblin, a fae princess and former lover, and the demon-vampire Arnaud. Yeah, that guy. And we’re no longer facing one time catch, but several. All ruptured and on the verge of collapse.

Now a simple rescue has turned into a death-defying journey, one that’s pushing my spell casting and stamina to their limits.

But as hellfire lashes up and day dims to eternal night, I’m facing an even greater test…

Choosing between my faith in magic and my love for Vega. 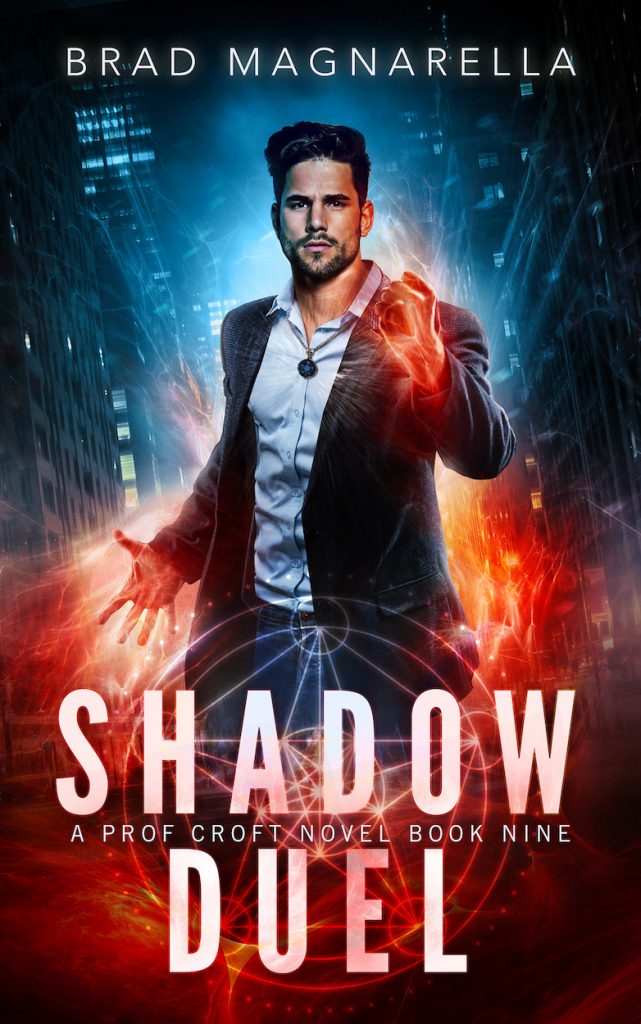 Beware the shadow of many faces, but fear the master of many places…

It’s Monday morning, and I’ve recovered a strange glyph-covered chest from a landfill. By Monday afternoon, someone’s stolen it from my warded loft.

Before I can suss out who, why, and most importantly, how, I’m neck-deep with the NYPD on a murder case. A bigshot CEO is dead in his penthouse, his kidneys harvested in a way that screams black magic. Only there’s no magic in evidence.

The two crimes connect somehow, and the key may be an old explorer’s club in the heart of Manhattan. But this mage needs to get moving. More victims are turning up sans organs, and twice now I’ve found myself in a shadow realm—a darker, more dangerous version of the city, where a mysterious entity wants me dead.

And here I thought the summer’s biggest chore would be persuading my succubus cat to play nice with my wife. 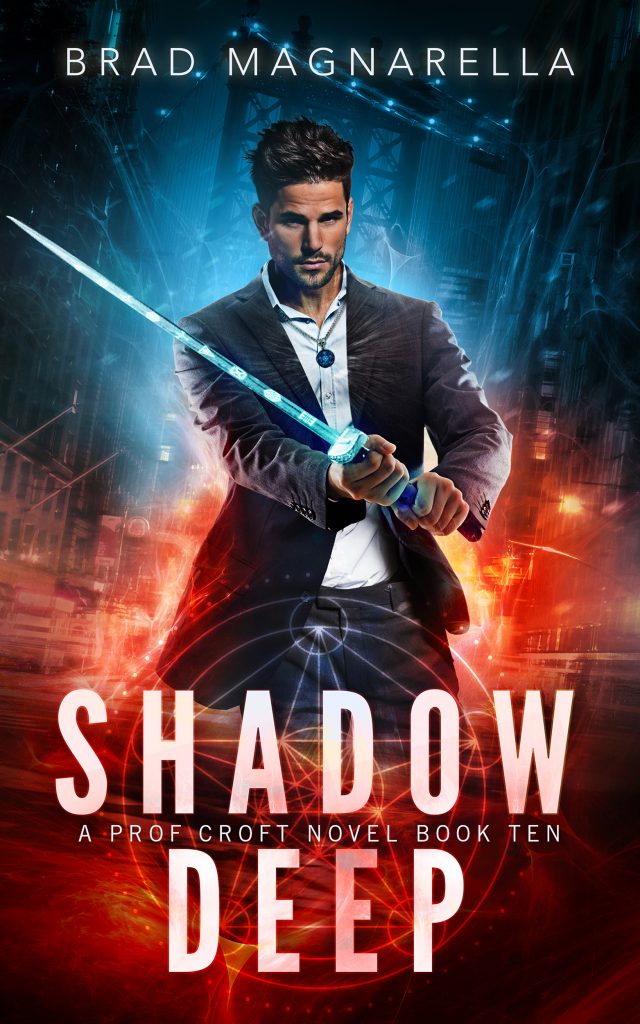 Discovering the shadow realm was only the beginning

I’ve taken on my first ever apprentice. A mage of my bloodline, Alec is as headstrong as he is powerful, his magic bolstered by a shifty trickster god.

If that weren’t enough, I’ve been recruited into an NYPD task force on missing persons. Cases in the city are exploding, a little girl among the most recently disappeared. As a soon-to-be father, this one cuts close to the heart.

But just as I uncover a bizarre lead, I’m yanked back to the shadow realm—a darker, more dangerous New York—where a nefarious entity has targeted Alec in order to get to me. Hunted and on the run, our one ally may be Detective Vega. Only she’s not my wife there, and I’m on her department’s shoot-to-kill list.

As disappearances in my city climb and dangers in the shadow realm deepen, I’m a wizard caught between realities.

And I’m getting desperate…

Get started with a pair of FREE prequels by signing up to Brad's newsletter:
Brad
Magnarella